Fafnir (Ritual Miracle) is the best place in Dislyte for farming relics: Tyranny of Zeus, Astral Witchcraft, Hammer of Thor, The Enchanter, Immensus Peak, and The Light Above. At the moment, there are 10 difficulty levels in total.

This guide explains what Fafnir is, what you will need to defeat Fafnir, the strategy surrounding Fafnir and how to fight her, and any recommendations that we would suggest if you’re struggling. 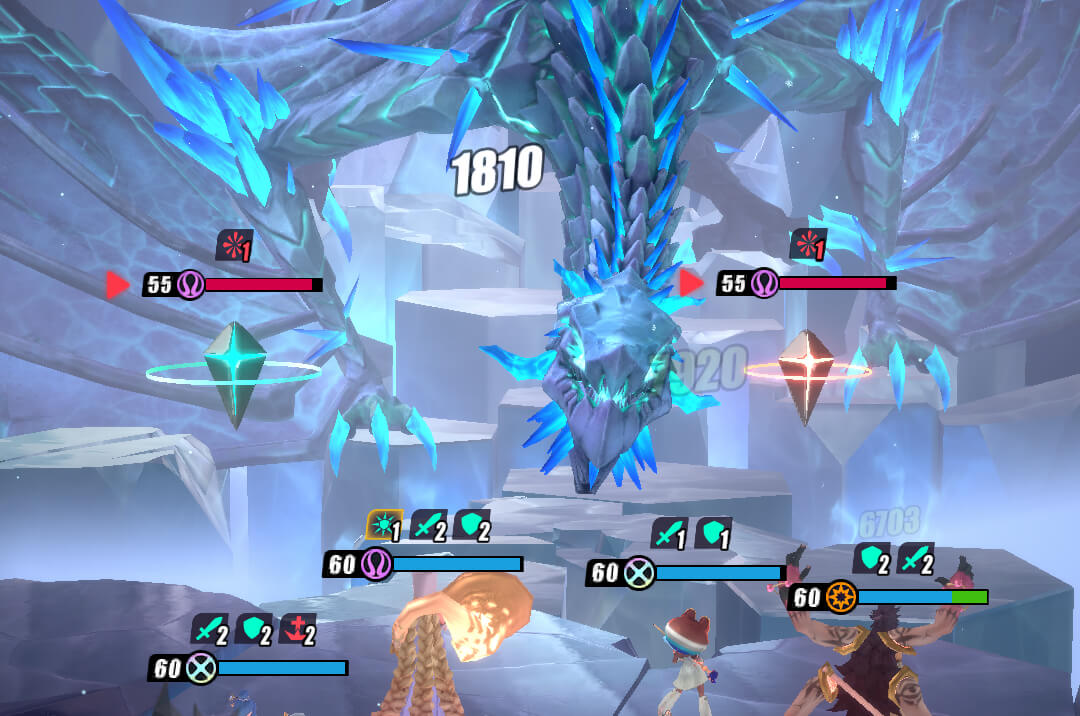 Fafnir has five levels of HP and the passive skill Unbound Deluge, which disables all AP-related abilities.

Fafnir is a Ritual Miracle Boss focused on dealing consistent ‘AoE’ (Area of Effect) damage to your team whilst applying disable & debuffs frequently. Then, she bursts of strong damage towards targets that are affected by her debuff Icefield Abyss if her defensive shield is not broken.

She also deals more damage when fewer Espers remain on the field, so it’s important to keep all Espers alive.

The most common strategy used against Fafnir is to deal damage in multiple hits, sustain the incoming damage with frequent healing, and regularly cleanse debuffs.

We recommend to tackle Fafnir only once you can comfortably auto Floor 10 of both Kronos and Apep.

Tip: For farming relics from Fafnir easier, it is recommended to use auto farming with Dislyte PC version. 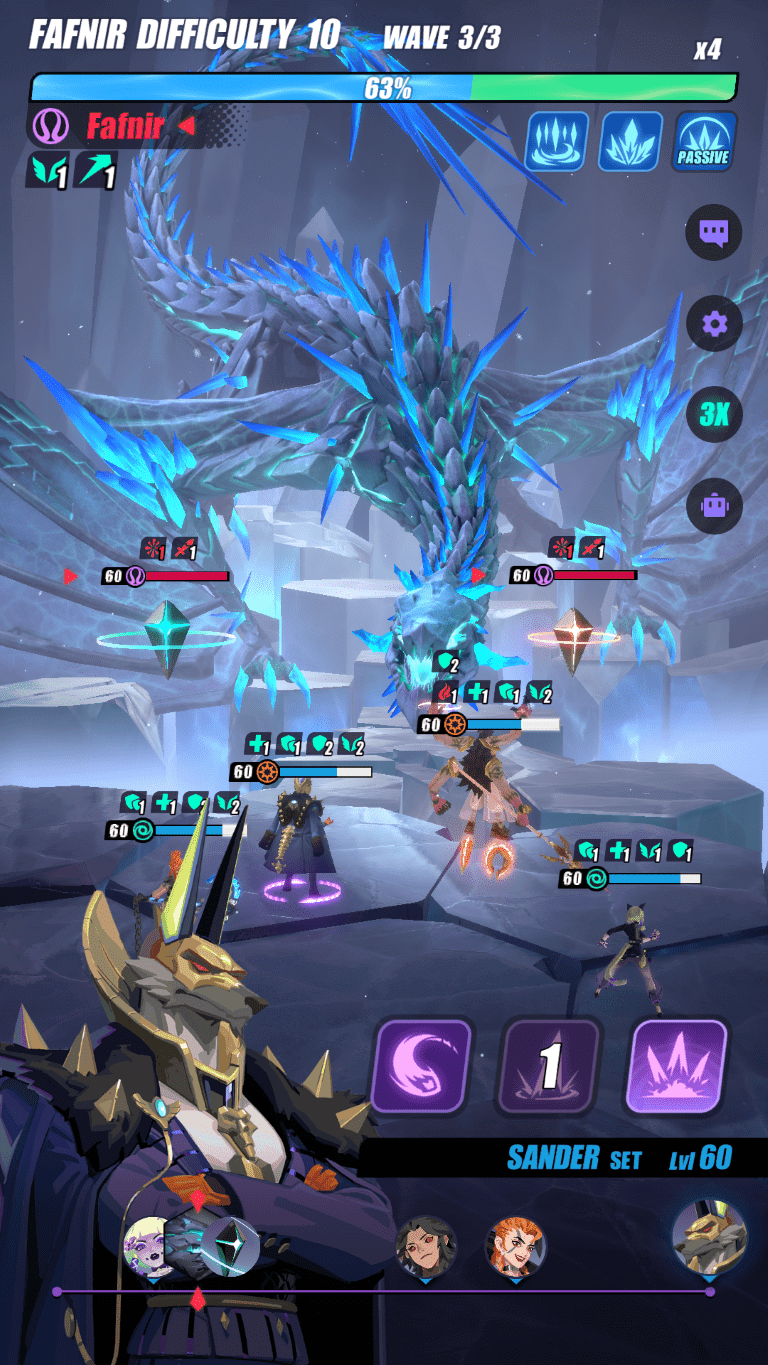 You cannot manipulate AP during the battle against Fafnir, this includes; ‘AP Up’, ‘AP Down’, ‘AP Absorb’, or ‘AP Redistribution’. To learn more about AP, please check out the article How AP (Action Point) Works

Fafnir bypasses Invincibility or Standoff buffs when dealing damage against an Esper affected by her debuff: Icefield Abyss.

Passives that make an Esper immune to disable debuffs do not stop Icefield Abyss from applying. For example;

The fight against Fafnir is all about sustain and multi-hits.

Firstly, Fafnir has 5 HP bars, all of which need to be depleted to defeat her. When one HP bar is depleted, she will retaliate at the end of the Esper’s turn that depleted her HP Bar and do the following;

This is arguably the toughest part of the battle to deal with, as she can lock down your Espers with Stuns, reduce their SPD, and stop them from saving the affected Esper.

To tackle this, the Immunity buff is required to stop the Stun or SPD Down aspect of her attack, and use cleanses to make sure any allies who didn’t have an Immunity buff still get to take their turns in time.

Once she does this, Fafnir then gains a shield that has 12 stacks that have to be reduced by attacking Fafnir.

The best way to break the shield is to utilise the Sword Avatara Relic set on Espers, along with multi-hit A1 abilities such as;

Berenice (Bastet)‘s A1 that attacks 3 times. It is also incredibly useful to have Espers that have other multi-hit abilities, with one of the best being

Lu Yi (Dayi)‘s A3 which has the potential to hit 9 times.

Once the shield is broken, Fafnir will not deal high damage to the Esper affected by Icefield Abyss and instead use her A1; though if you fail to break the shield before Fafnir takes a turn, she will deal devastating single target damage to that Esper, most likely defeating them.

If you’re having trouble with Fafnir, here are a couple of things that you can do or check:

Below are some recommendations for Espers to use in Fafnir that you can easily obtain for free:

If you don’t have enough Espers that apply can apply the Immunity buff, we recommend fusing:

If you don’t have enough Espers that apply ATK Down, or DEF Down (both optional), we recommend fusing

If you don’t have enough Espers that can heal or Shield buff your team, we recommend keeping an eye on World Chat for Ripple Dimensions of:

If you don’t have enough Espers that can dispel buffs (optional), we recommend keeping an eye on World Chat for Ripple Dimensions of:

If you don’t have enough Espers that can multi-hit, we recommend to keep an eye on World Chat for Ripple Dimensions of:

Lynn (Hathor) that you received for free from the Path to Mastery beginner’s event.

At first, let’s take a look at the Fafnir boss skills to see how basically it the fight works so that we can find the best options to deal with this Dislyte boss.

Before you can get to the boss, you need to take down 2 small enemy waves first. They are easy to defeat, however sometimes they can take down your weak units, making it harder for you to defeat the Fafnir. You want to take them down as soon as possible, and give your weak units enough HP/DEF to sustain through these waves.

Players receive random relics at random grades/rarities, and a decent amount of E-Cash when defeating the Fafnir.

At the moment, Tyranny of Zeus, Astral Witchcraft, Hammer of Thor, The Enchanter, Immensus Peak, and The Light Above relic sets are available in Fafnir. 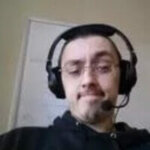 Dribble is a Senior Moderator from the official Dislyte Discord server. He has been sharing a ton of incredibly helpful information for both new and advanced players, so make sure to check it out!
Login
13 Comments
Oldest
Newest Most Voted
Inline Feedbacks
View all comments

Fixed that part. Thank you a lot!

thanks for the detailed guide. hope to beat this shyt soon.

To be honest, Fafnir is the most interesting boss to beat so far.

Which Difficulty level are you targeting?

i think you can replace Tang Xuan to Tang Yun or Lu Yi.

Is Unas still recommended for this even though you cant boost AP?

Yes, he is still superb for Fafnir!

Why is this the case? What does he do?

is this going to be updated with the changes they made to fafnir recently?

Working on it! Stay tuned 😉