If you are new to the game and are wondering which are the best Dislyte team formations right now, you will surely find some great example squads in this article.

Due to the natural of the game, each game mode might require different types of teams, debuffs, Espers, etc. So, we will try to mention the generic teams which are great but not the best for any specific game mode.

How to Make Your Own Dislyte Team Formation

There are a a lot of popular and well working Dislyte team compositions. To build your own ones, you might want to understand how the roles work, and which Espers are great for each role.

Below are the roles required for a generic team composition. You can see which roles an Esper covers by looking at their Skills on our website via the All Espers section.

A lot of Espers cover multiple parts. That’s why it’s possible to fill 6 roles with 5 espers.

The composition changes slightly depending on what you do.

For bosses for example, you usually only want an AP-Controller and Debuffer, not a Disabler-One.

Another option is to swap out either the Controller or a DPS with a Defender. These usually are very durable and have abilities that scale of DEF. And tend to have a Taunt debuff Ability (makes enemy attack them and nobody else). Defenders can be a bit hard to get good relics though and they are rather inflexible.

Some examples (including the ones above) of Rares and Epic choices for the roles:

Controller: Controllers are a bit of a harder Topic to specify entirely. There are two types: Stun and AP-Control. Stun Controllers do exactly that, they Stun/Freeze/Sleep the enemy team so they wont get to use their turn. Careful with sleep “stuns” as they will get removed upon taking damage!

An example early game comp fulfilling the list while only requiring rare Espers and one of the guaranteed legendaries from reroll.

Hopefully, you have learned some interesting tips for building up your own teams in Dislyte. Do remember that in a team, there are different roles for Espers. You want to have the best Espers for those jobs depending on the game contents you are targeting, whether it is Kronos, Apep, Fafnir, Tower, or Point War. 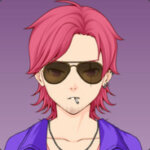 please update with info of Gaius (Zeus) and his ideal team, thanks!

Will we have info for Sonic Rituals?

Here you go: https://playdislyte.com/sonic-miracle/
Sonics will be eventually easy for most players, so we don’t focus on it a lot!