Point War is the PvP mode in Dislyte where players fight against all other players and get a lot of valuable rewards, including Abilimon and Gold Record. Include more rewards as you rank up in the Arena!

Admission Certificate to duel another team. You automatically get 1

Certificate every 2 hours, and can accumulate up to 20.

You can configure a defensive team to automatically battle other players’ challenges. A defensive victory here will also earn a points reward.

Defeating the enemy team will add points to your score, whereas a loss will subtract points.

There are 5 enemy squads in each round. The higher ranked and stronger the enemy, the more points earned upon victory. 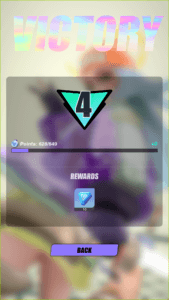 Winning earns Supply Vouchers based on your current bracket/ tier. The higher your current tier, then the more vouchers received,

A loss will cost you points and omits the Supply Voucher reward.

Tiers under 11 are protected, meaning that competition losses will not result in a tier reduction for a losing squad, and squads are much more likely to be matched against squads of equal or similar strength.

Starting tiers and points in the new season will be calibrated based on the previous season’s results.

Round Reward: You earn some Supply Vouchers for every winning round.

Weekly reward: Distributed to squads based on their weekly Point War tier.

A fansite that is made by and for the community. We play Dislyte, enjoy, and share guides & tips. If you want to join the team, feel free to contact us via [email protected]
Login
4 Comments
Oldest
Newest Most Voted
Inline Feedbacks
View all comments

How old is this article? it would be nice with a date and time, so we can sense what patch it was in :))

is Gaius or Ophelia not much better for pointwar?